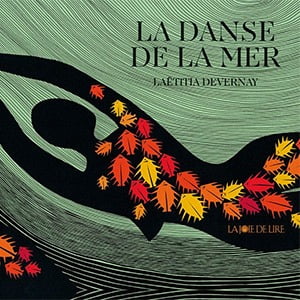 The ocean is the main character in this beautiful French wordless picturebook. Intricate and poetic line drawings depict the passage of ships across a sea that is both calm and chaotic. The sea is personified as dancing women who begin by permitting the safe passage of ships but, as a storm comes, create a violent sequence of events leading to the destruction of the ships. This picturebook is a wonderful choice for older readers who wish to discuss the role of the sea as part of European cultural heritage – the ethics of relevant mythology, such as Sirens and Harpies, can also be discussed. It is a fantastic springboard to discuss personification as a strategy in the creation of a cultural text — where else is the sea represented as a woman? Is that a usual comparison? What do we think about it? Is it good, or is it bad? By providing the means to discuss the role of personification in the depiction of the sea, this picturebook becomes a catalyst for the bona fide discussion of compelling topics: climate change, feminism, pollution, and natural disaster.