Selection and Analysis of Cultural Texts 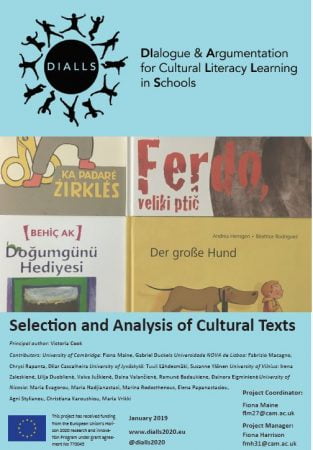 This document details the process by which the 45 core texts to be used in the Cultural Literacy Learning Project (CLLP) were selected from the broader set of 145 texts (see Bibliography of Cultural Texts below). It includes a description of the process to gain feedback from classes of appropriately aged children; the criteria used to then make the final selection and reports of the student perspectives that were gained.

The Bibliography of Cultural Texts is a collection of 145 wordless short films and picturebooks that reflect the key themes of the Cultural Analysis Framework.

The DIALLS Library contains a searchable version of the 145 texts, allowing users to select texts according to themes and importantly the appropriate age range with which they might discussed in classrooms. An accompanying spreadsheet also allows filtering and selection of the same texts.